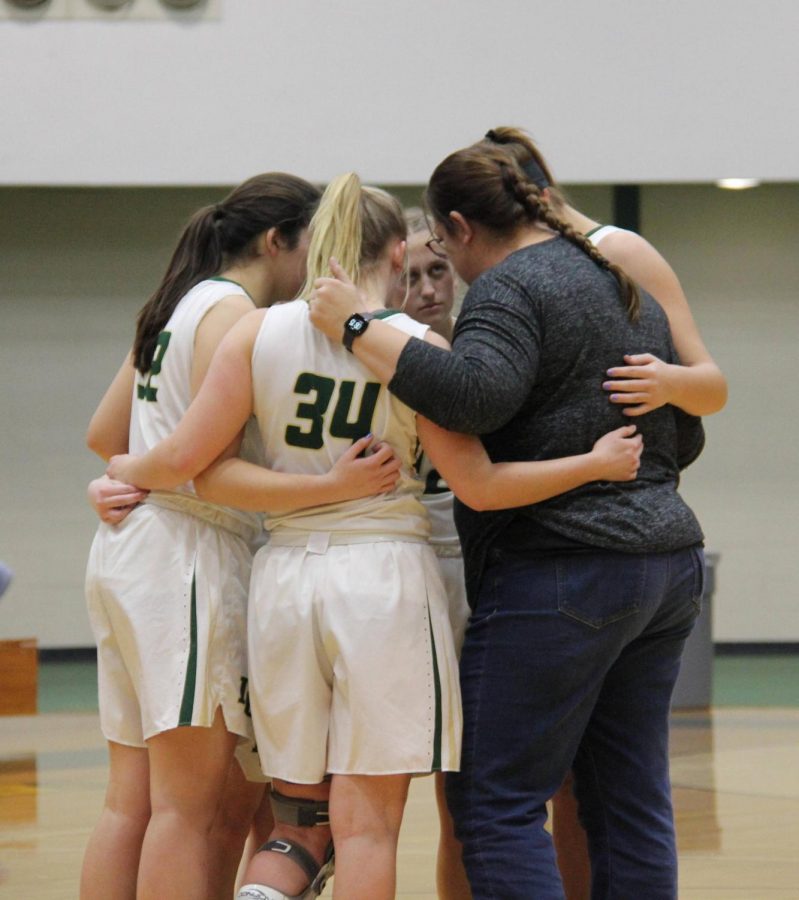 The 2019-2020 varsity girls basketball team started off the season with a tough change. A week before the season started, we were informed that we were getting a new coach. Being a senior and having the same coach for three years, it was tough just all of a sudden getting someone new. It was especially tough for because it was so close to tryouts. The whole entire basketball team was called into a meeting to find out who our new coach was. It was a woman,  which right off the bat was a new situation,  because our old coach was a man and we were not used to being coached by a female. It was also Cat Carroll’s aunt who just moved here from Texas and teaches here at Lumen Christi too. Our new coach was Mrs. Harbor!

None of us girls knew anything about Mrs. Harbor except through Cat. When the first day of tryouts came around, it was a really tough and different practice. Change is very difficult – especially finding out a week before the season. Tryouts went by, we found out teams, and we started practicing by ourselves with Mrs. Harbor. It was still very different, but eventually everyone started to feel more comfortable and could finally relax. After our first game on December 10th, we won and played phenomenally as a team. This is when we girls knew Mrs. Harbor was just the right fit for our team. Even though it started off a bit rocky, we found out quickly that she was such a great coach and we are continuing to grow as a team as the season goes along.