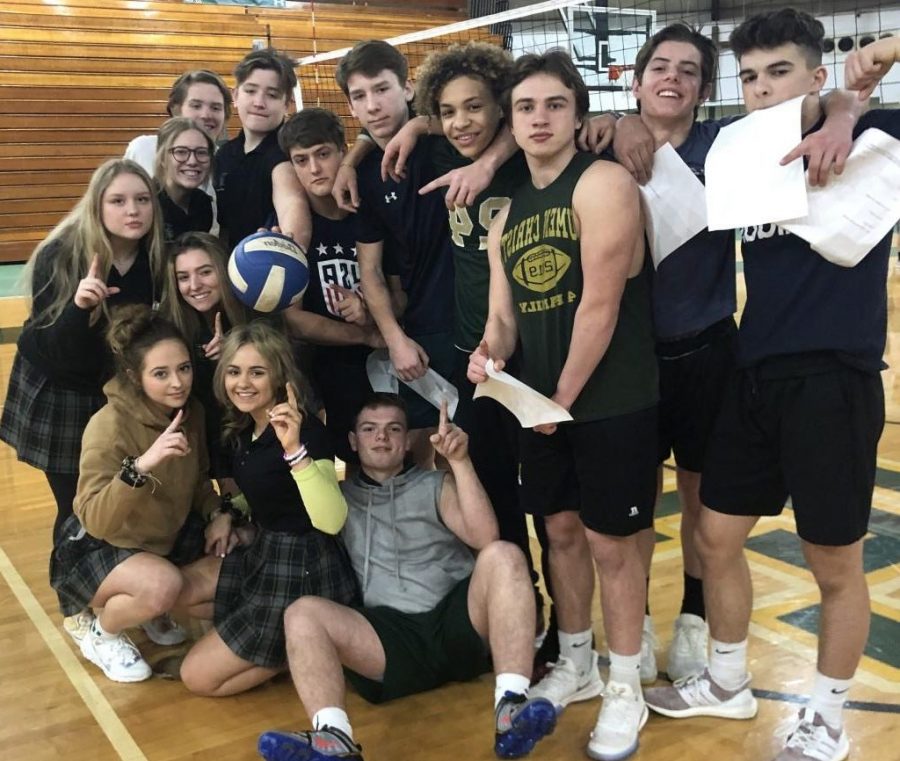 Catholic Schools week took place here at Lumen Christi from Monday, January 27th to Friday, January 31st. Something was occurring every day for this special week. On Monday, the students were given free hot chocolate and could wear pyjama bottoms and LC tops if they brought in $2 or 2 canned goods. On Tuesday, the All-Jackson area Catholic Schools Mass at Lumen hosted the 3rd through 12th graders in the gym. Wednesday was the Semester 1 Honor Roll event where the honor roll students could dress up and receive a free breakfast. There was also an assembly for this at 8:15 a.m. Teacher and staff appreciation day took place on Thursday. The teachers received a dress down and a free lunch. A Friday mass took place at 7:15 in the chapel, followed by a light breakfast. Friday was also student appreciation day which consisted of a dress down, no homework, free ice cream at lunch for all students. The finals for Rough and Tough Volleyball took place, too.

Rough and tough was an event where any boy in 9-12 could compete on a volleyball team during the week and have a chance to win the whole tournament on Friday. Wednesday was the day where it all began.  The first game featured the freshman vs. the sophomores, in which the sophomores ultimately prevailed.  Next, the juniors played the seniors and fought hard all the way until about 1 minute until the seniors took over.  The seniors and the sophomores both claimed victories and were scheduled to play each other in the championship on Friday. On championship Friday, with the game going back and forth, the sophomores took an early lead, but they were eventually surpassed by the seniors. Although everyone knew that the seniors were cheating,  the sophomores gave them the game of their lives.  If the game had been  determined on the creativity of each team, the sophomores would have won by far because they all had the jerseys which read “The Average Joes”, and each player had a nickname. Since the game was not determined on this criteria, the seniors advanced to play the staff in which they suffered a surprising defeat.