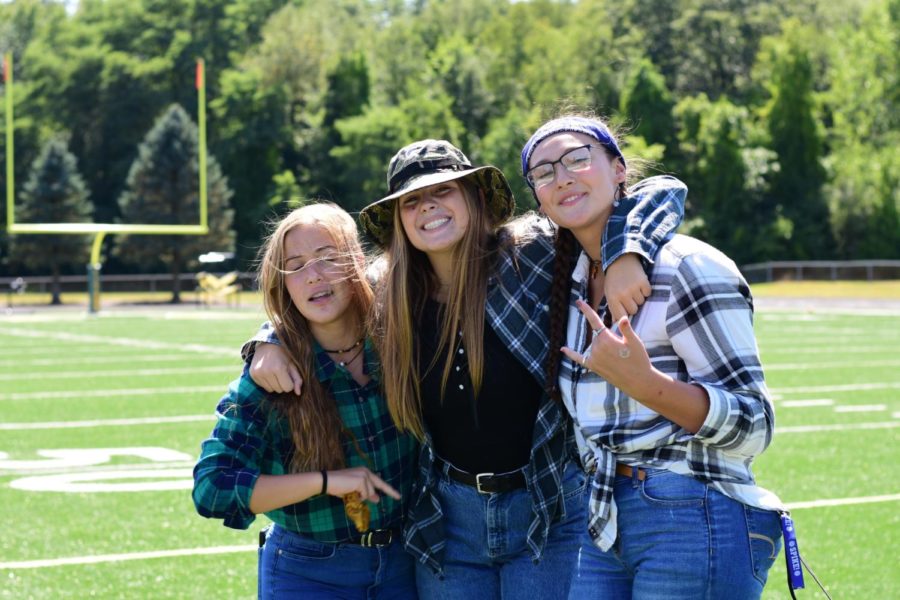 Homecoming week is filled with many different fun activities in the school. A favorite activity during this week is lip dub. The homecoming theme this year was “All American”. Each grade was given a theme based off of the homecoming theme. The freshman were given the midwest, sophomores the east coast, juniors the west coast, and seniors the south. On Thursday, August 29, the high schoolers were able to film for an hour at the end of the day. The freshman filmed on the front drive, the sophomores in the commons, the juniors on the soccer field, and the seniors on the football field, and they were able to film off campus. The freshman and sophomores tied for 3rd place. Since the freshman had the Midwest, they based their lip dub off of the colleges of the Midwest. The songs they used were the MSU fight song, the U of M fight song, the Notre Dame fight song, and ended with “Don’t Stop Believin”. The sophomores based their lip dub on the east coast, focusing on New York. Their songs were “I’ll Be There For You”, “Empire State of Mind”, and “New York, New York”. The juniors based their lip dub on California in the west coast. The songs they used were “West Coast”, “UCLA”, and “California Girls”. Lastly, the seniors focused their lip dub on the southern states with a bunch of farm animals featured in the video. Their songs were “Hoedown Throwdown”, “Old Town Road”, “The Git Up”, “Knee Deep”, and “Sweet Home Alabama”. It was a tight race between the juniors and seniors, but the juniors pulled out the win for the lip dub!