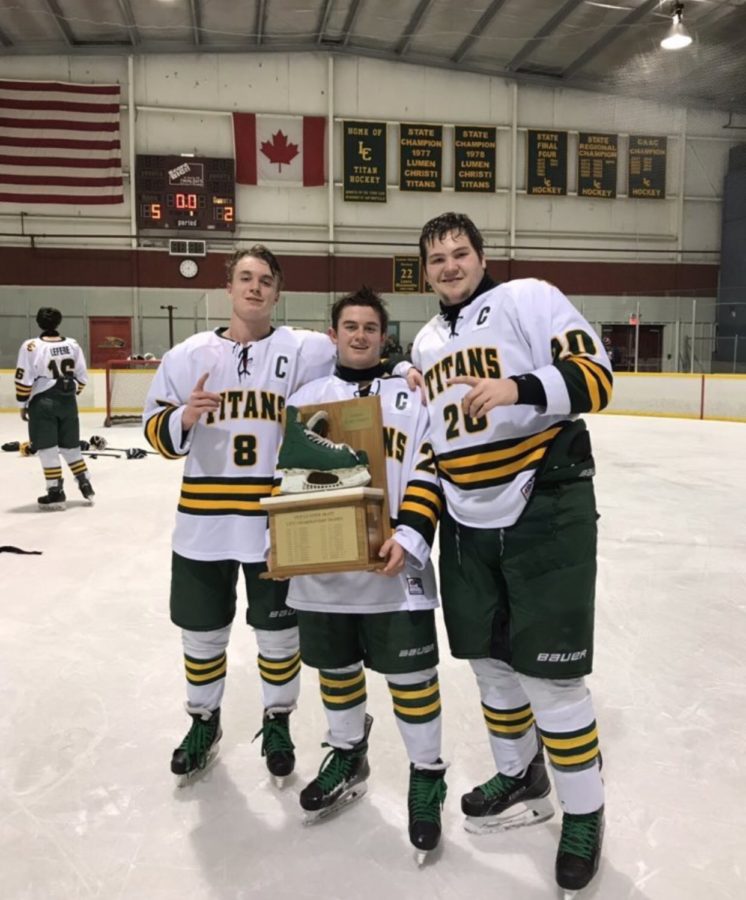 Lumen Christi’s Varsity Hockey team played against Jackson United twice this year and each time they were successful. Lumen defeated United by a score of 5-2 in the first game, which was back in early January. This past week LC defeated JU 2-1, sweeping them for the first since 2014. It was a close game, but Lumen was too deep for United and their efforts proved successful. Goal scorers in this game were Jacob Kosnik and Zach Whitton short handed. The Old Leather Skate will be staying green for another year. Lumen, returning most of its team next year, will look to take the skate again next year and many years to come. Jackson United will be losing a lot of seniors this year. After playing Jackson United Saturday night LC traveled to play South Bend at Compton Family Ice Arena in South Bend, Indiana. The Titans won by a score of 2-0 and goaltender Gavin Warner earned his first high school shutout. Now riding a four game win streak and a few games over five hundred LC has a very tough schedule coming up. This includes a road game at Detroit Country Day and a home game against Okemos who defeated LC earlier this year in a rough 8-1 loss.