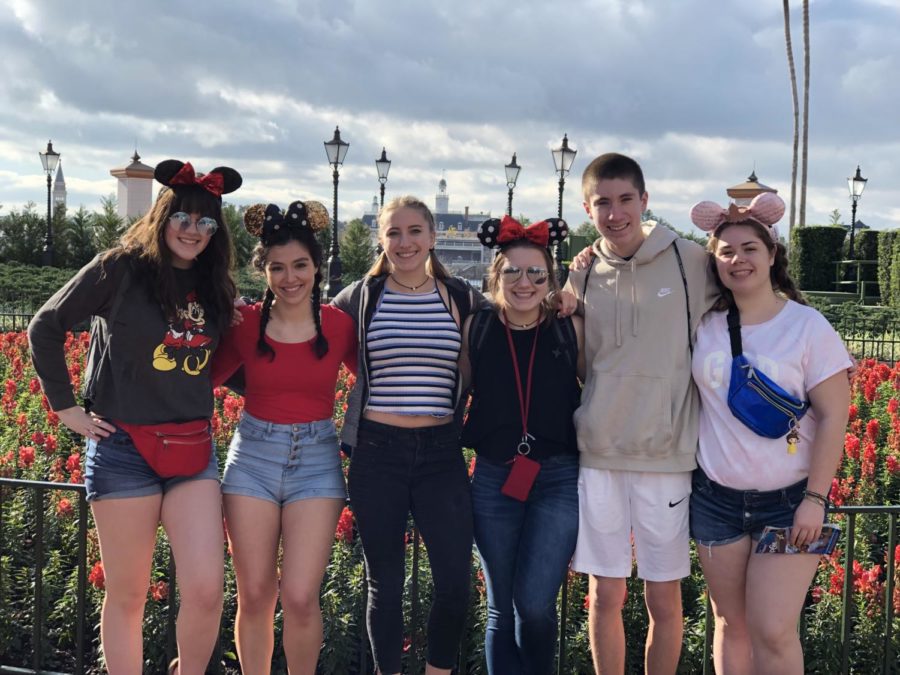 The marching band took a trip to Disney World from January 11-15.  The main reason for going was for the chance to perform in the parade at Magic Kingdom. The band usually takes a trip every year to have some team bonding time. However, they only go to Disney every four years.  They did many things on this trip.

Sophomore Emma Maki said that her favorite part was getting to see the secret Disney backstage, as they prepared for the parade.  They got to meet and talk with a bunch of the characters from Disney movies, such as Elsa from “Frozen.” They also got to see the parade floats, and how things get prepared for a show to happen.  Emma also mentioned that her personal highlights included their group tour guide, Jill, who accompanied them to all the parks, and gave the group guided tours. Emma also enjoyed the chance to celebrate her 16th birthday while there on the trip.

Students who went on the trip thought everyone at Disney was extremely nice. They all had a great time. Everyone in band said that they wished they could have stayed longer. They also said that it was one of the best trips they have ever taken because they got to do what they love and hang out with all of their friends from band.