The blizzards postponed but were not able to stop the Honor Roll assembly. 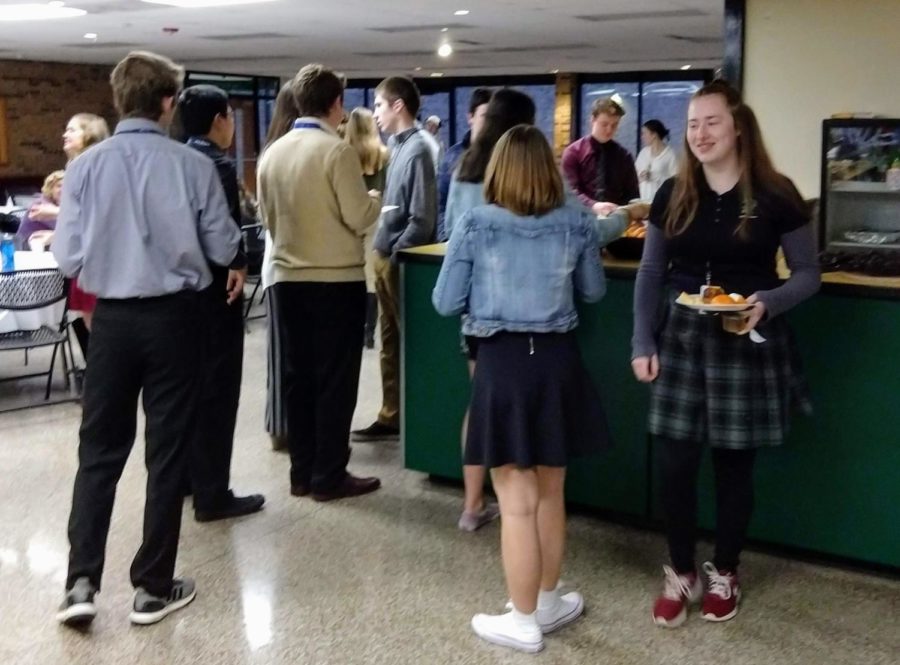 A new tradition has been instituted at Lumen Christi: the honor roll assembly. Students earn this by having a 3.2 or higher. It goes back and forth. Sometimes it is a bag breakfast in the library, but this time it was an honor roll assembly with a made breakfast. When we don’t have an assembly the bag lunch consists of: an apple, a juice box and a pop tart. The breakfast for the assembly included: 2 types of muffins, cheese, orange slices, eggs, juice or coffee.

The assembly started at 7:45 and lasted till the end of first hour. The assembly was going to be on Tuesday, January 29th. Then Mrs. Kristovic was generous enough to give us many snow days. It got bumped to Tuesday, February 5th. We got to dress up for this day. The rules were: skirts and dresses two inches above the knee, no sleeveless or spaghetti straps, and no jeans. For boys, it was nice pants and a nice shirt.

During the assembly, Hannah Cavanaugh spoke. It was a nice speech. It was all about excellence and how we came to be great, also to remember to keep God in everything we do because he makes everything possible. Mrs. Kristovic made a speech about our failures and how we came to be great. Then when we got our names called we walked up to Mrs. Kristovic and shook her hand and she gave us a cross pin. I liked the pin. All around the assembly went well.