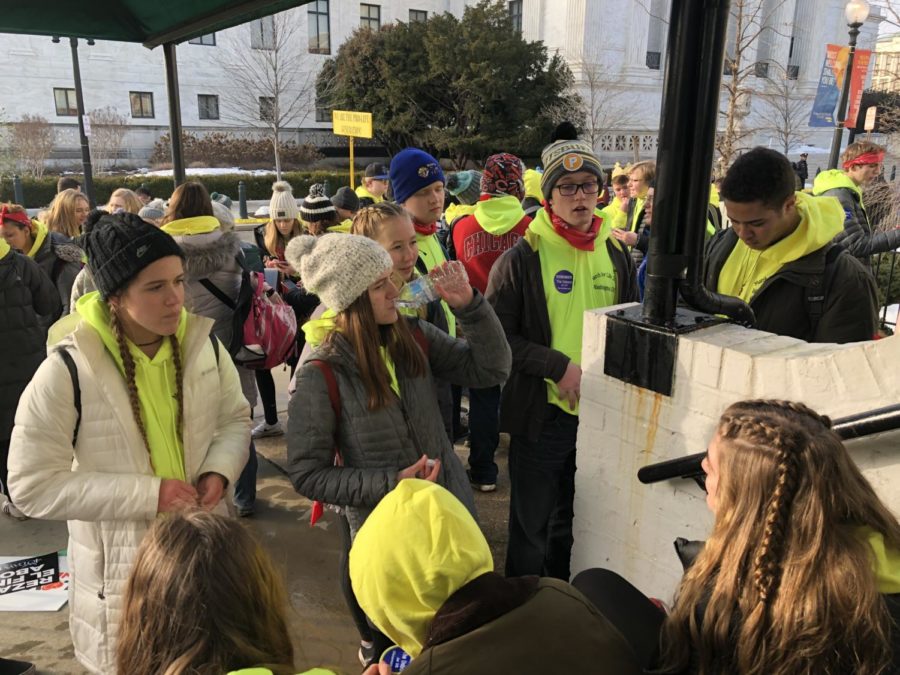 This years March for Life was on January 18th. There were about 70 students on the trip and we left on Wednesday night. The bus ride to Washington DC was about eleven hours. We arrived to the hotel around 7:30 a.m. The first day the students had the choice to go to the Bible museum or the Capitol building. I went to the Bible museum and saw the world clock in eastern time. The order was year, month, day, minutes, and seconds. I found that to be very cool. Then after that we got the chance to go out to lunch. The people from the Bible museum ate at Shake Shack. It was kind of like a Steak n Shake, only nicer. After getting back to the hotel from lunch we all got on the bus to go to the Basilica. We got to the Basilica at two o’clock and the mass didn’t start till five. During the time before mass, most of the people sat on the ground and played games or walked around to take pictures. The mass itself lasted almost three hours.

The next day was the whole reason why we went on this trip. The weather wasn’t too bad. It was only cold and a little windy. In years past there had been snow and rain and awful weather. We stood out in the cold for almost two hours to listen to the director of the March for Life, the Vice President, and Ben Shapiro. We marched about three miles up to Capitol Hill and in front of the Supreme Court building. There were thousands of people marching for the people that didn’t have a choice to live. After the March we got to visit some monuments for a brief moment.

Back at the hotel, Mr. Anderson held a meeting to tell us that we would be leaving early Saturday morning to outlast the snowstorm that was coming through Pennsylvania. We left that morning at 5:00 a.m. The ride back was about thirteen hours because half of the time we were driving through a whiteout. Overall, the trip was definitely one to remember.