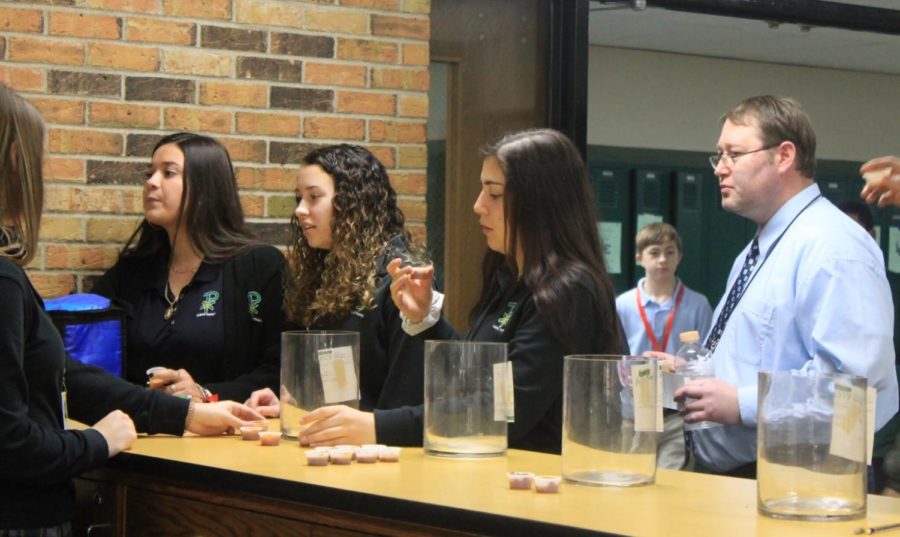 This week there was an exciting event at Lumen Christi. Lumen was invited to
participate in a chili cookoff. When thinking of what chili to send, no one could decide.
It was sent to the cook, Mrs. Leigh and she decided that it was up to the students. The
culinary class made 8 different groups and all made their own soups. Some were
classics, some were spicy, some were Mexican flavors, but they all had their own
special touch. The students would pick their favorite.
On Tuesday, the culinary classes set up their soups in the commons area and
placed 8 jars. They put out little cups and had the rest of the students vote their favorite.
The students were to try each of the soups and put their name in whatever was their
favorite. Lots of the students assembled to taste the soups! After both lunch periods,
the votes were tallied up. Soup number 7 won. It contained steak, beans, a special
spice mix, and even Bloody Mary mix! They will be taking their soup to the county wide
chilli cookoff on Saturday, and they’re going for the win.
It was overall a super fun competition for the students to participate in! Lots of
students had a fun time having the opportunity to fast test lots of soups. Hopefully the
Lumen booth on Saturday will win!