The teams may be different, but each sport has its own rivalries. 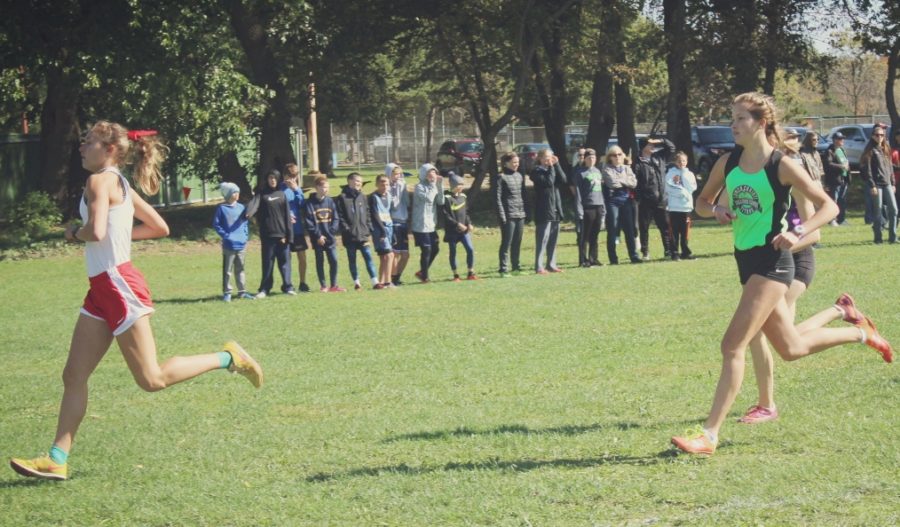 Lumen Christi athletics participates in many sports and always sets the bar high. The autumn season brings great competition. The football team plays the I-8 conference circuit – in previous years, Harper Creek has brought home the win. This year, the football team was victorious over the Beavers. Similarly, for volleyball, Northwest is the match the players bring their A-game to. Last year, Lumen lost to the Mounties in the final game, this year the teams went back and forth throughout the season. Northwest High School is also in the I-8 circuit. Finally, the girls’ cross country team’s biggest rival is Hanover Horton. The runners are pretty evenly matched, yet Lumen Christi pulled out the win in the Jensen Run as well as in the regional race. Hanover competed well at the state meet and placed higher Lumen’s girls. The boys’ cross country team also competes with Hanover’s team. Hanover had some of the best runners in the state in 2017 and 2018. They usually prevail over Lumen, but the our boys will continue to strive to beat them. The girls golf team’s biggest rival is Columbia Central. The entire season was back and forth. Both of the number-one golfers were neck and neck.

In hockey, Lumen Christi and Jackson United have been playing each other for many years at Optimist Ice Arena. The two teams have been squaring off twice a year since the team’s first seasons. This year, Lumen plays Jackson on January 5th and the 26th. After losing a lot of seniors, LC will be a much younger team than usual and will face a mostly senior dominated Jackson United team. Not only have Lumen and Jackson High been rivals in hockey, but in plenty of other sports too. Football, baseball, tennis, basketball, and volleyball also play Jackson High. The rivalry has been fueled by the two schools in Jackson competing to be the best team in the city. Lumen football has not played Jackson in a couple years now, but they might be renewing the rivalry soon. After splitting the games last year in hockey, Lumen losing the first game and winning the second in overtime 6-5 by a late goal scored by Bear Kennedy. The two teams always compete hard and want to win this game very badly. In baseball, LC and Jackson have recently had some very close games. Lately, Jackson has come on top in some extremely tight match-ups. Although Jackson is a much bigger school than Lumen, they still compete hard with them and always go toe to toe with them.

No matter what the sport, and their particular rivalry, you know what they say… LC vs EVERYBODY.