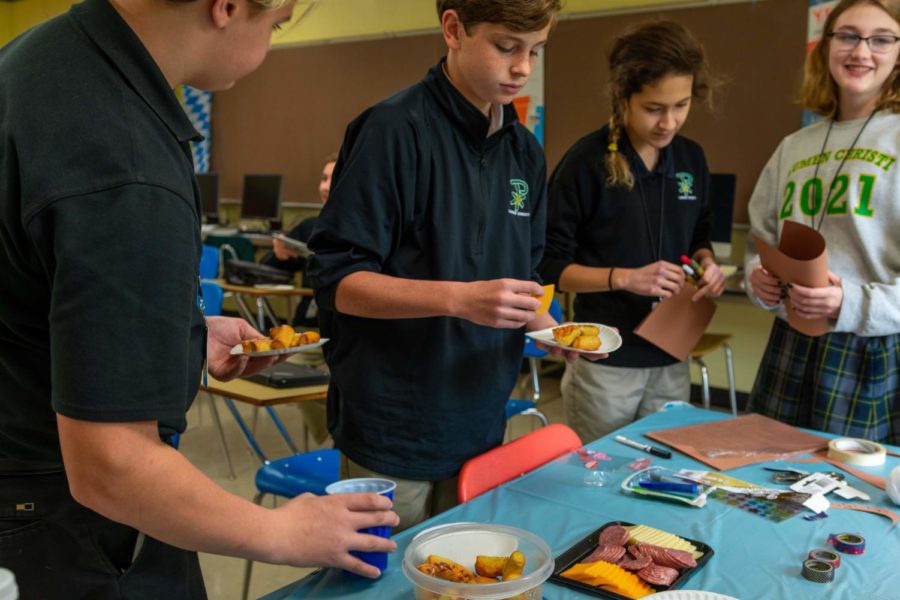 It’s that time of year when the colors start to change and the temperature drops. This also means one of the biggest festivals in Germany has begun, and it was brought to Lumen Christi! Oktoberfest is a huge Fall Festival that goes on for a couple weeks. The festival is usually attended by over 6 million people. This huge event started as a small harvest festival. The German class had a smaller version of this event on October 11 during seminar. The class was decorated with German colors, delicious food was provided, and the Oktoberfest live stream was playing on the smart board. The people that attended ate food and made little “gingerbread” hearts, which are a special part of the main festival. The biggest event of the mini festival was the singing. With everyone’s voices it almost sounded like they were at the actual festival in Germany! It was a great experience for the Lumen students to be able to see what the festival is like.